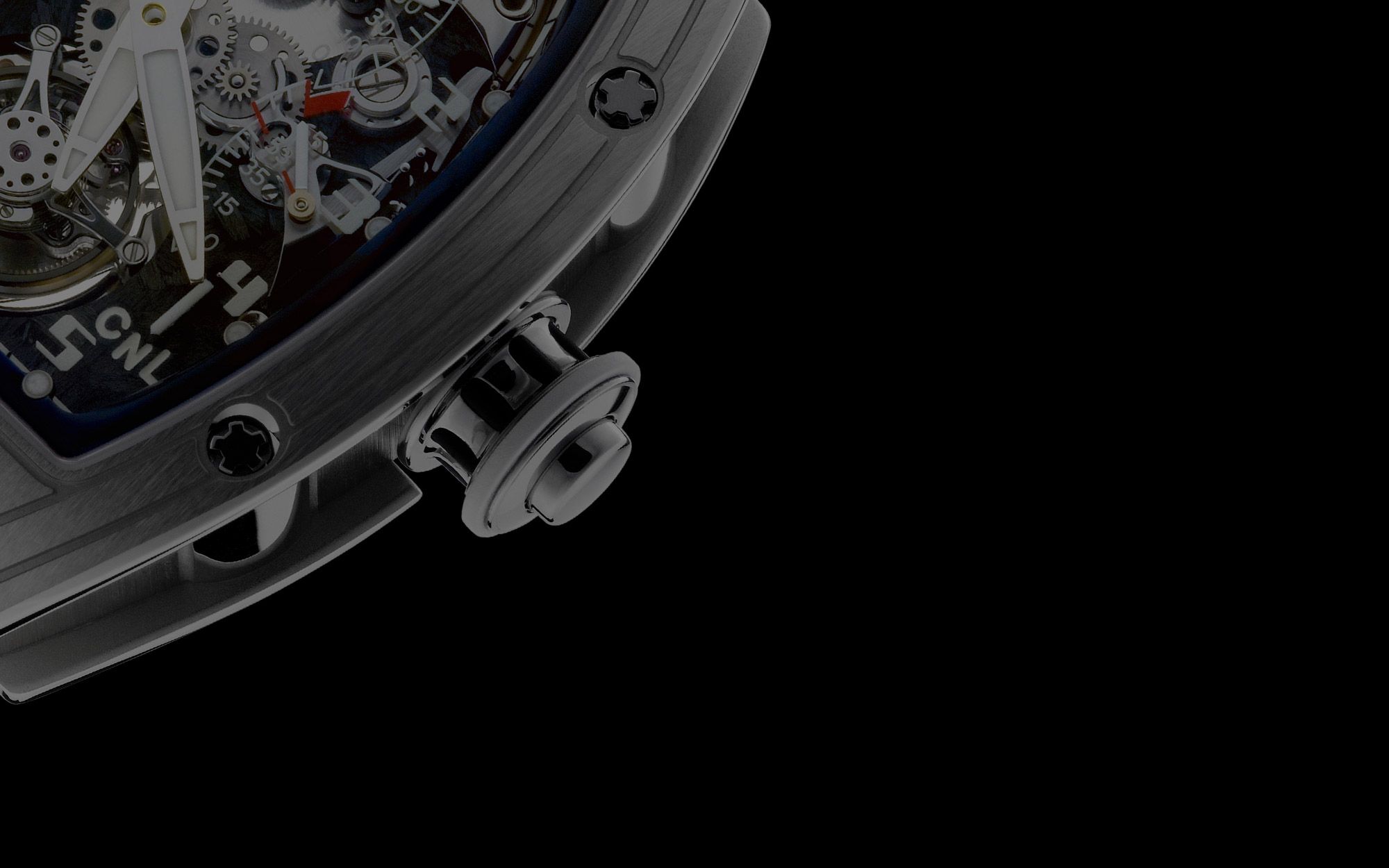 The RM 014 signalled the brand’s first foray into the seafaring world, marking a distinct break with the F1 racetrack. Everything about this watch was inspired by the ‘Maltese Falcon’, a highly innovative three-masted yacht constructed in 2006 at the Perini Navi shipyards in La Spezie, Italy and featuring spectacular interiors designed by Ken Freivokh.

This remarkable yacht premiered a novel sailing system now known as the Falcon Rig, which sparked a revolution in the world of sailing and which uses an unprecedented, computer-controlled and automated mast furling system designed by Fabio Perini. A 21st century reinterpretation of the famed clipper ships of yore with their rectangular cut sails, the Falcon Rig automated furling system – combined with the advances offered by technical constructions in carbon fibre – allowed the 88-metre long yacht to reach an incredible speed of 25 knots.

In addition, the Maltese Falcon proved it was now possible for one man to sail a large yacht on the open seas without any direct assistance from a crew – an unprecedented feat in the world of sailing. It was precisely these exceptional characteristics that attracted Richard Mille to this particular Perini Navi yacht.

Typical of the brand’s uncompromising approach, the RM research and development team visited the Perini Navi shipyard and photographed every visible detail of the yacht (which was still under construction), recording as many design features as possible so that they could later be incorporated into the RM 014.

A key feature of such high-end and exclusive seafaring vessels is the extensive use of stainless-steel alloys for almost every piece of the ship’s hardware, and it is therefore no wonder that this was reflected in the RM 014, where black polished steel was used extensively for the first time by the brand for the barrel and tourbillon bridges, as well as for several other major components. Interestingly, only one highly specialised company in all of Switzerland was able to help us produce the two aforementioned black polished bridges.

Black polish is a very difficult, time-consuming technique to apply to flat surfaces and is certainly part of the arsenal of techniques our watchmakers have mastered. However, applying it to curved surfaces within the world of watchmaking was virtually unheard of! The exceptional workmanship displayed on all the steel parts equipping the RM 014 represents an absolute high point in fine watchmaking finishes on the whole, and within the RM collections too.

This watch features the same essential characteristics of the RM 002-V2, including a carbon nanofibre baseplate and a movement comprising a tourbillon with power-reserve, torque and function indicators. In line with its Italian inspiration, the functions are labelled C-N-L, standing for Carica (winding), Neutrale (neutral) and Lancette (hand-setting).

The major visual differences between the RM 002 and the RM 014 include the movement details mentioned above and a completely different layout for the power-reserve and torque indicators. These indicators were both moved to the right-hand side of the dial near the crown to allow a full view of the exceptional, nautically inspired parts of the movement.