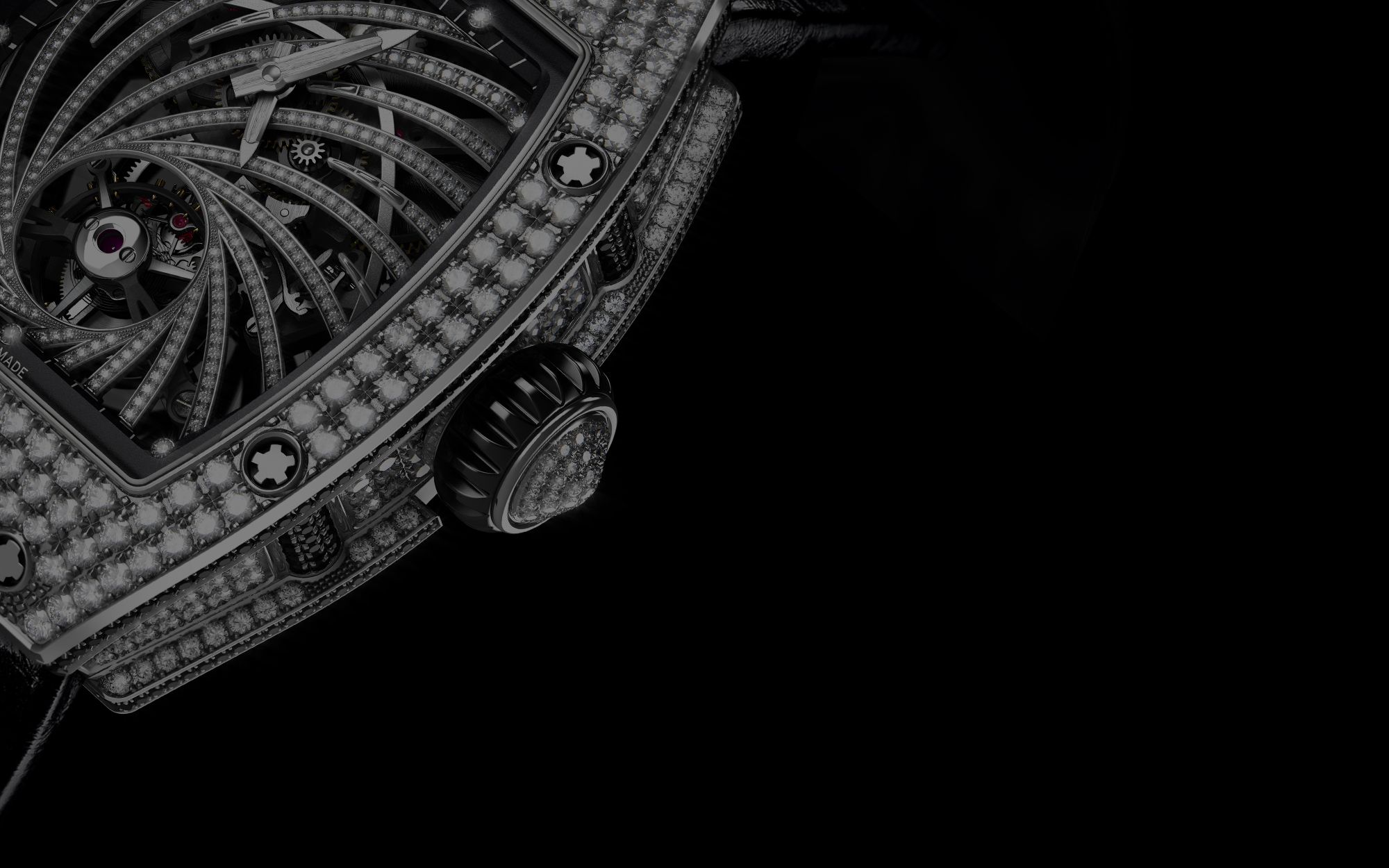 This fine jewellery tourbillon takes its cues from the swirling forms of a twisting spiral, a shape that can be found in many organic forms around us in the natural environment and an expression of what is known as ‘the golden number’ or a ‘harmonic proportion’.

The spray of diamonds emanating outwards in 14 rays from the tourbillon escapement at 6 o’clock can also be associated with the spiralling vortex one perceives in myriad galaxies of the Milky Way, an allusion to a whirlwind (the English translation of the French word ‘tourbillon’) or the spirally formed patterns of organic growth found within certain sea creatures, plants, trees and animals.

The baseplate of the manual winding tourbillon has been crafted from black onyx, a variety of cryptocrystalline quartz chalcedony composed of silicon dioxide (SiO2). Onyx varieties with rectilinear black and white parallel stripes actually belong to the agate family, whereas the full-black type is commonly known as true Black Onyx.

In keeping with the technical nature of all Richard Mille watches, the RM 51-02 features a free sprung balance and skeletonised bridges in PVD-treated grade 5 titanium with various hand-performed finishes that include anglage and a black polish throughout the movement. An additional security system in the form of a torque-limiting crown prevents any possibility of accidental overwinding that might damage the winding stem or exert extreme pressure on the mainspring barrel.

The tripartite tonneau-shaped case is fully curved, ensuring the watch is ergonomic and comfortable, but is time-consuming to produce and requires a high level of quality control. The bezel and case back have to be perfectly assembled with the case middle to prevent damaging the sapphire crystals. Developing the requisite manufacturing specifications demanded an entire year of research and development. The case is set with white diamonds, while black sapphires have been used to accentuate case details.